Well there are 20 flowers in the Bitcoin ecosystem. And over 1400 in the cryptocurrency ecosystem at present. 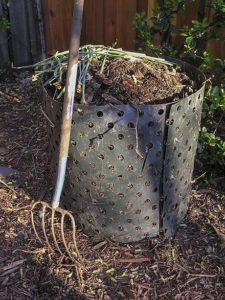 There were several software forks that occurred mainly in the 2015-2016 timeframe and known as XT, Classic, and Unlimited. Including Unlimited, they have had limited impact to say the least.

But let us look at hard forks, or coin splits, that have been so prevalent since August of last year.

Technology enhancements promoted in these forks are across several main categories:

How many hard forks and coin splits has Bitcoin had so far? In total there have been 20 such forks to date.

This Cambrian Explosion of bitcoin forks is in large part a result of the increased transaction costs and delayed confirmation times with original BTC, Bitcoin Core. But it is also a sign of a healthy and growing blockchain universe. If cryptocurrencies were not seeing increased success, the rate of innovation, and the number of forks, would be smaller.

Here is a list of the most significant ones, all in the second half of 2017, and with current pricing, key features, and URL:

If you owned bitcoin prior to block 478558, you in principle own all 20 of the forked coins, including the most valuable one Bitcoin Cash, and mostly in a one-one ratio. Putting your hands on them is trickier.

That is a question as to what support particular private wallets or public exchanges provide. There are guides on the internet and YouTube as to how to retrieve although it seems more trouble and risk than justified in most cases. (This writer has managed to get some BCH and BTG separated out, but it is a somewhat nerve-wracking experience.)

For now it seems we have reached a point of exhaustion for the principal good ideas and the newest forks are more likely to be dodgy, or frauds, or duplicating others, or of limited potential.

Here is an important consideration: while increasing the transaction rate and lowering fees will bring greater utility to users, this does not contribute to the store of value or digital gold aspect. Bitcoin, the original Bitcoin core, is most valuable today for its store of value attribute, much more so than for its medium of exchange attribute.

Now it will be a race between development teams and marketing teams to see which of these forks/coins other than BCH and maybe BTG will have relevance and value going forward, and what value any of them can sustain.